Many, many, many years ago, I dated a guy who convinced me that my anger was not Christian-like and I needed to get it “under control.” So, like any good Christian would do, I went to see what the Bible had to say about anger. I then highlighted every piece of scripture that contained some form of the word and held these verses very close when I felt the anger in me arise. I feel the verses served their purpose in many ways, but for the most part, I think they helped nurture something else inside me: resentment.

I feel like I have always been an angry person. I remember being an angry child and then an angry adolescent and, now, an angry young(-ish) adult. What I haven’t always been is someone who has known how to be angry. This is something I have been learning over the past two or three years. The late twenties are the best years — if we allow them to, they help us marinate in all the things we consider icky about ourselves (also called “self-awareness”) and then figure it out from there.

I should probably mention that I am a walking contradiction in my anger, too. I am a One on the Enneagram, which places me in the Anger Triad. My anger stems from a frustration that the world around me isn’t perfect. The contradiction lies in that I consider anger to be a “bad” trait; something immoral, which can make me feel/seem corrupt. This is where resentment sets in, as it is easier to repress my anger and let it boil with a smile. I have to be a good girl, after all. 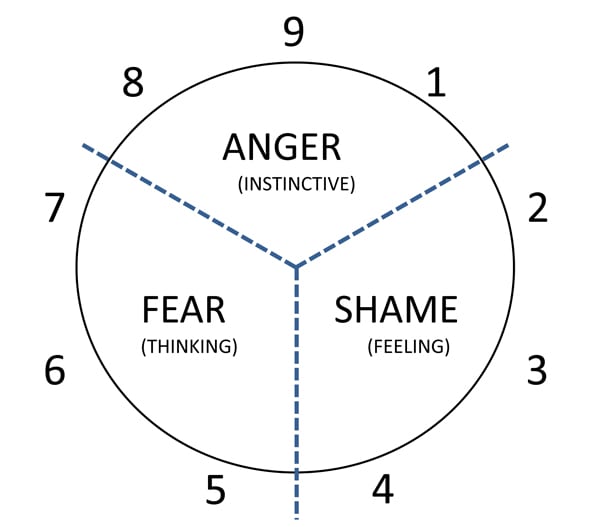 And this is why stocking up on Bible verses to convince/convict/condemn myself out of anger was never going to work. My anger has always seemed to find a way to fire itself out, and this usually ends very badly. These misfires have led to struggles in romantic relationships and friendships, which has caused me to reevaluate so much of who I am.

My bit of marinating has led me down many paths so far. One where I seriously considered changing my personality. One that let me celebrate the crevices in myself, like the intensity I bring. And one where I pocketed some wisdom in reining in my responsive anger. All of which have been consecutive in their appearances, so I am feeling pretty confident in where I am heading. (Though, before I fool myself, I am sure to misfire some time soon.)

My current path can be summarized in a quote I am holding chest-tight these days:

Learning to be wise in my anger — or outrage — is my current path. When I think of wise anger, I think of Jesus flipping the merchant’s table in the temple. I decipher between ego-centered anger (Does this benefit me more?) versus righteous anger (objective injustice).  I think of, “There is a time to be silent, and a time to speak.” I think to (sometimes) consider my audience — Will they care? Is it worth it? Have they done their self-awareness work? And I think of my own inner mess going on, and the tone with which I will speak.

I recently read an interview with Shirin McArthur and Sara Jolena Wolcott on the subject of anger, specifically with regards to spirituality. Sara’s words were so healing for me, the angry bird who, for so long, condemned myself and my anger. Speaking from the quote above on outrage, Sara says, “Not paying attention is not going to help you spiritually at all.” And, “It takes tremendous spiritual discipline to let your anger come out appropriately — and to learn to see what ‘appropriate’ is.”

Learning a “theology of anger,” as Barbara A. Holmes calls healthy anger, means to see my anger as a teacher and a guide, but “not the ultimate, final word,” because “love is.” Learning to see my anger in this way also means acknowledging the circle diagram my therapist likes to draw me as reminders in a session: in an outer circle, there’s anger and within that circle, sadness and fear.

Oh God, it is a sadness. A deep, deep nearly unquenchable sadness to see where we are at in this world politically, economically, ecologically, spiritually. My first channel seems to be anger at it all, and at friends who don’t seem to care. To me, caring is action. Which is fine, but I can no longer remain stuck in that. It’s too easy and too unhealthy. An avenue towards an all-conquering love is nearly indecipherable there.

“Anger can be actually be an expression of compassion, a willingness to uphold boundaries that are sacred, or stand up for someone who is being oppressed.” – Julie Peters

In a recent session, my therapist suggested that I find my “tribe,” which might be the next step in this process. Having a tribe does not mean echo chambers are encouraged, but rather, it’s where I feel like my anger or outrage is accepted as a normal reaction in trying to understand what is going on in this world. Not only that, but I can learn from those whose theology of anger is wise, appropriate, and discerning; where anger is turned into action through compassion.

This, though intimidating, has me excited. However, I can no longer allow anger to haunt me as the boogeyman. Instead, I can embrace its methodology of teaching and see how the Lord wired me to learn from it. My hope is if you, too, can relate, you will join me in this tribe-making. We can do this, and we can do this well.